Warning: Declaration of WPDI_Plugin_Installer_Skin::feedback($string) should be compatible with WP_Upgrader_Skin::feedback($string, ...$args) in /home/j17cy9t7gfi1t6h/public_html/wp-content/themes/mai-lifestyle-pro/includes/dependencies/wp-dependency-installer.php on line 438
 How Much Do Bartenders Make? Important Information to Know

How Much Do Bartenders Make? Important Information to Know 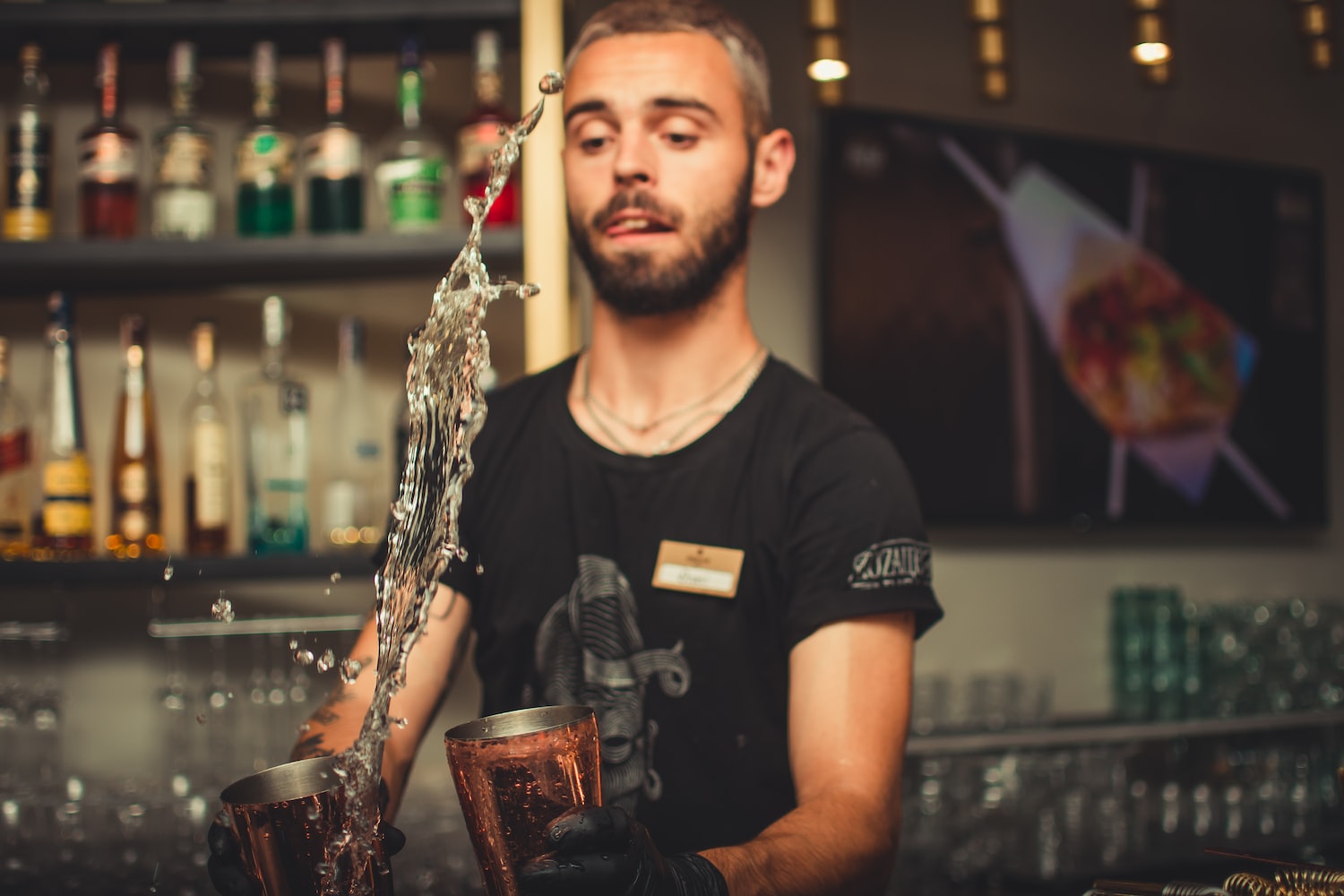 Bar tending has long been known as a lucrative and exciting job, and with the rise of craft cocktail culture it is even becoming something of an art form. But you may have wondered just how much do bartenders make. Because there are many factors involved in a bartender’s paycheck, it can be hard to pin down exactly how much they make. However, we did some research to see how bartenders make their money.

So, how much do bartenders make, and what are the various factors affecting their earnings? According to the Bureau of Labor Statistics, the median hourly wage for bartenders is around $10-12 per hour, with top earners bringing in around $40,000 per year. However, anyone who has been a bartender knows that government statistics are far from the most accurate way to gauge the earnings of anyone in the hospitality industry working for tips.

There are a handful of factors that go into determining a bartender’s final paycheck, including location, type of venue, shift time, and experience or skill level. And since many tips are given as cash, they go unreported to the government. Since the pay range varies so widely across the country (and around the world), we will break down each factor to give you the best idea of how much a bartender in your area might expect to make.

Quick Navigation
​What Factors Go Into a Bartender’s Earnings?
Location Is Everything
Some Shifts Make More Money Than Others
So: How Much Do Bartenders Make?

​What Factors Go Into a Bartender’s Earnings? 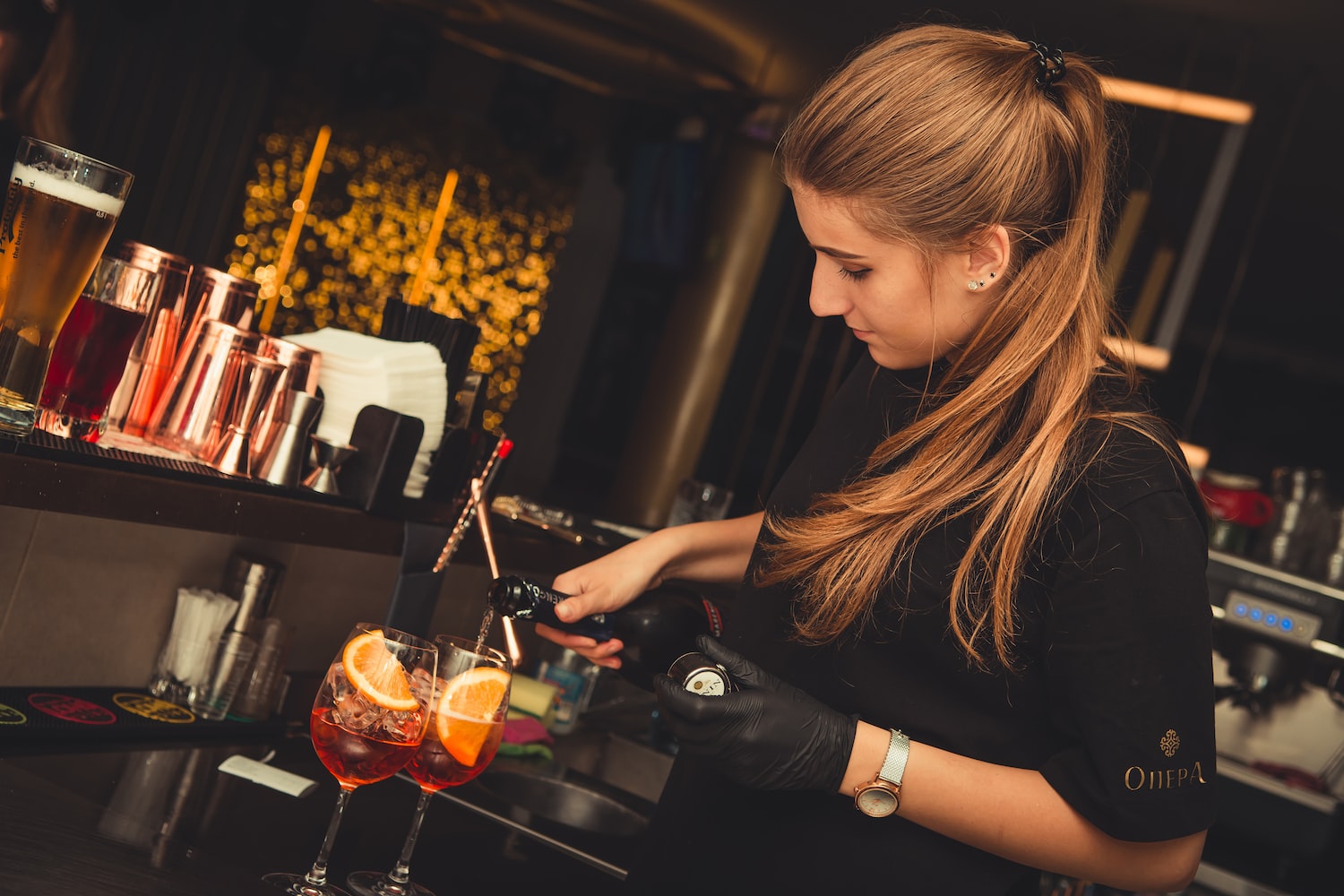 When asking “how much do bartenders make?” there are five main factors to consider: tips, location, type of venue, shift schedule, and skill level. A bartender with ten years of experience working at an upscale cocktail bar in New York City is going to have a very different income level than a college student working at a cafe in a small town.

How Does the Tipping System Work?

In tipping cultures like the United States, tips make up the majority of a bartender’s wages. They are always paid some type of hourly wage, but this varies across the country. Some states pay as little $2.13 per hour, but if the bartender doesn’t make minimum wage (for example, on an extremely slow shift) the employer is required to increase their pay until it meets the minimum wage for that pay period. It’s like insurance for the slow days, though it can be disheartening for many bartenders because the potential to make much more than minimum wage elsewhere is so high.

In the United States, patrons tip anywhere between 15-20% on average, although these days the more acceptable minimum amount it 18%. And of course some customers do tip higher, especially if they feel they received excellent service from their bartender. In other places around the world like Australia and the UK, which don’t have tipping cultures, bartenders tend to make a lot less on average. In Australia, a common hourly wage for bartenders is $20 per hour (Australian dollars). That sounds great at first: however, once you factor in the lack of tips and the exchange rate, American bartenders come out way ahead.

A last note about tipping. It may seem obvious, but bartenders will almost always make more tips if they are professional and personable. While this might be hard to manage if you’re having a bad day or have rude or demanding customers, the tipping system will absolutely work in your favor if you can do your job well and make your customers feel comfortable and at ease. 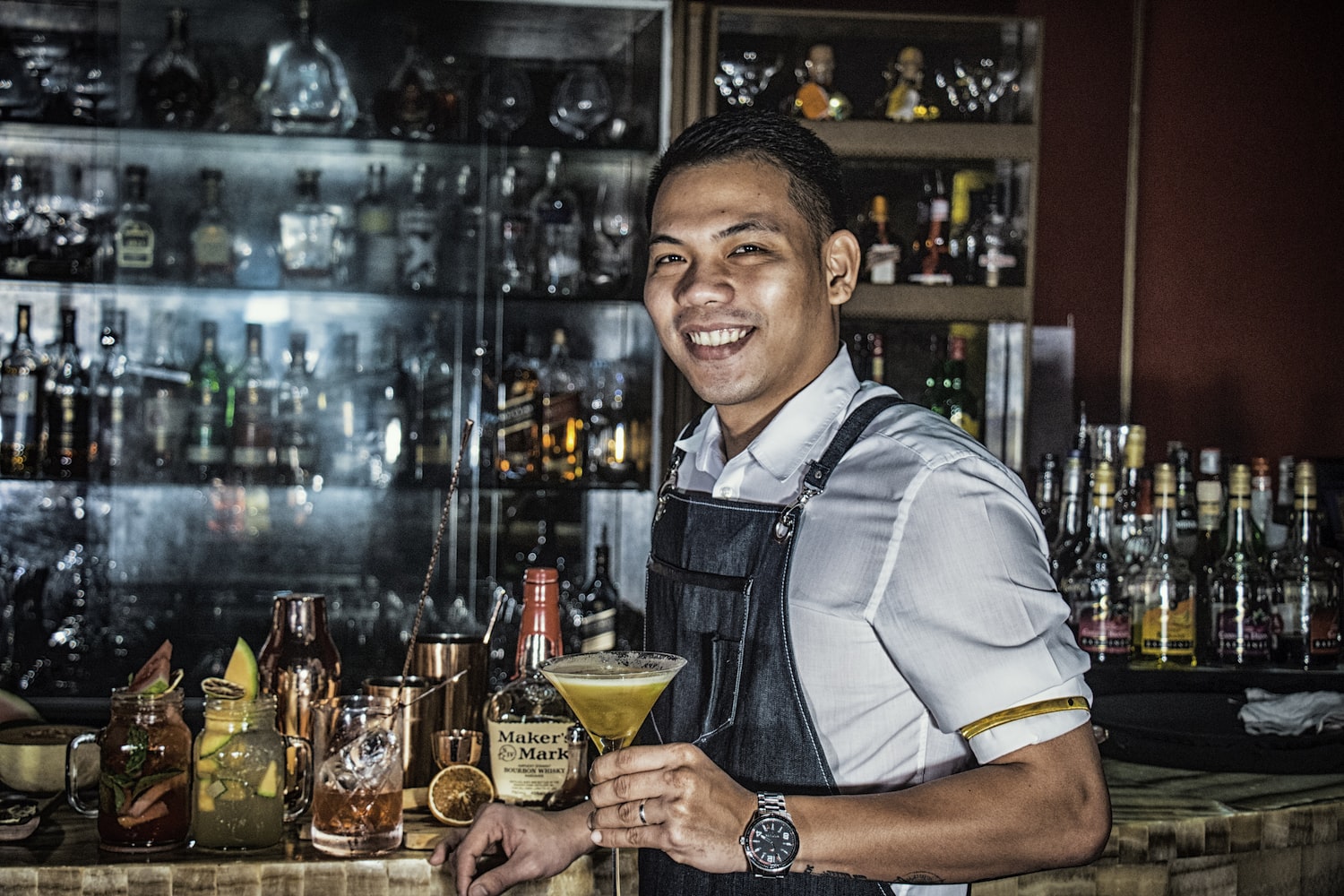 You can be the best bartender in the world, on the best shifts, and still not make very much money unless you’re in a good location. Many people don’t realize that ,when it comes to bartending, how much money you make has a lot to do with where you are. It is a statistical fact that bartenders in larger cities (primarily on both coasts of the United States and Hawaii) make more per year on average than those in less populated areas.

The reasoning here is simple: more people in a city means more potential customers, which translates to more tips. Bars in larger cities (New York City, for example) also tend to charge more for their drinks than bars in smaller towns. You probably won’t see a cocktail bar selling $23 drinks in the middle of rural Iowa.

The Type of Venue Matters More Than You Might Think

There are many types of bars: dive bars, chain restaurants, nightclubs, speakeasies, specialty bars, and neighborhood pubs, just to name a few. The type of venue a bartender works at has a lot to do with money making potential, though skilled bartenders can make a good wage at any kind of establishment given the right circumstances.

The types of venues with the lowest earning potential for bartenders tend to be the smaller dive bars and neighborhood pubs. Not only do they not have high traffic levels, but the drinks served are often inexpensive, and smaller checks means smaller tips. On the other end of the scale, nightclub-type establishments tend to be the most lucrative for bartenders. They generally have an extremely high volume of customers and can upsell things like bottle service.

Cocktail and specialty bars (think trendy gin or scotch bars) are no slackers, either. Bartenders that work in these establishments tend to have a higher level of experience, and they also need to have an in-depth knowledge of the beverages they are selling since their clientele are there for that exact reason. This tends to be reflected in both their wages and their tips.

Another thing to consider when looking at types of venues is food sales. When bartenders work at restaurant bars, they usually have the option of selling food as well, from happy hour appetizers all the way to three-course dinners. Although food sales are technically not part of the job definition of a bartender, it’s an important aspect to consider and can be a huge wage-booster

Some Shifts Make More Money Than Others 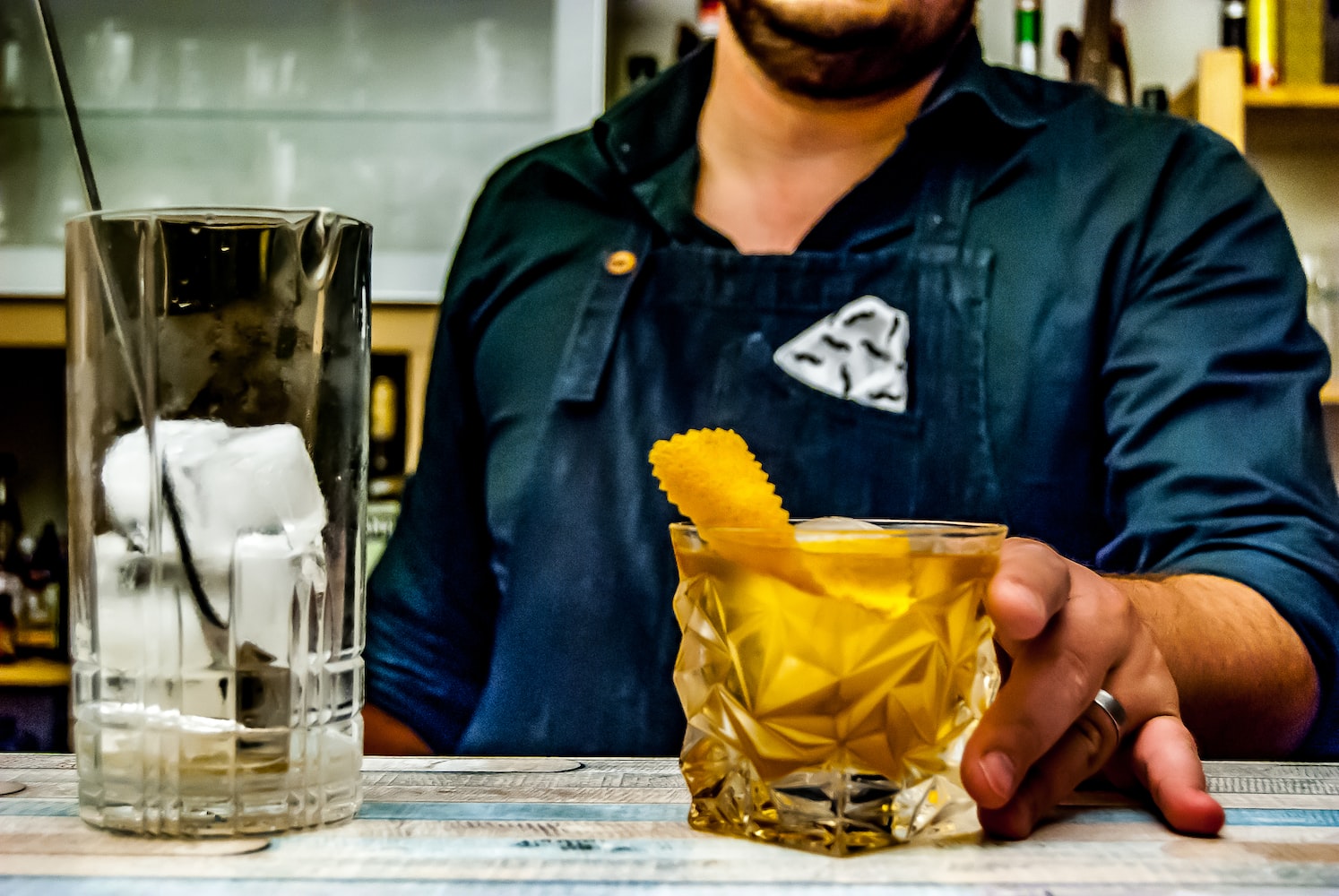 When you first start out as a bartender, you are usually put on a day shift. Why? Day shifts are slower, giving a new employee time to get their feet wet and learn how things work. It’s a chance to work out the kinks and get some experience before transitioning to the fast-paced evening shifts. Evening shifts generally go to the more experienced and long-term bartenders at any given establishment, due to the fact that they are by far more lucrative.

Sure, there are some places that are busy enough for day bartenders to make several hundred dollars per shift (think cities with high-volume “alcohol tourism,” like New Orleans and Nashville), but these cases are rare. For bartenders looking to make the most money possible, the evening shifts are where you want to be.

Days of the week are important as well. A bartender working Saturday morning might easily be making more than someone working a Monday night shift. Again though, this all varies quite a bit from place to place. It’s important to know each venue’s strong spots. A bar in a busy downtown area might be nearly empty on a Tuesday night, while a neighborhood bar running a Taco Tuesday special might be packed.

A Higher Skill Level Can Take You Far

Now that we’ve covered all of the factors that cannot be changed, let’s talk about the one that can: a bartender’s skill level. In answering the question “how much do bartenders make,” this is probably more important than even location.  As with every profession in the world, a higher level of skill means more opportunity. For bartenders, this can mean scoring the best shifts, landing jobs at higher-end venues, and being able to work anywhere in the world.

There are a few ways to increase your skill level and add value to yourself as a bartender. Some people choose to take the route of bartending school. While it can be a good thing to add to a resume and is great for people who have no prior knowledge of bartending, the more common (and less expensive) way to gain knowledge is simply through experience.

And experience is important. Those who bar tend while they look for a “real job” will never make as much money as those who commit to it as a career, even if that career lasts less than a decade. The bartenders who are making six figures (rare, true, but they do exist) are the ones who usually have more than five to ten years of experience and do everything they can to broaden their knowledge base.

So: How Much Do Bartenders Make?

By now, you should realize that the question of “how much do bartenders make” does not have a simple answer. But while it varies widely from country to country, state to state, and even between neighborhoods, this guide can help you get an idea of how much bartenders might make in your area. So if you’re looking to work as a bartender, make sure to check out the area you want to work in, what type of venues are hiring, and make sure you’re doing whatever you can to increase your skill level. Who knows? You may start out at $40,000 a year and one day work your way up to six figures on this exciting career path.

How to Make a Delicious Clover Club Cocktail
Next Post: How To Use A Corkscrew: Helpful Tricks Of The Trade

This site uses Akismet to reduce spam. Learn how your comment data is processed.

As a participant in the Amazon Services LLC Associates Program, this site may earn from qualifying purchases. We may also earn commissions on purchases from other retail websites.